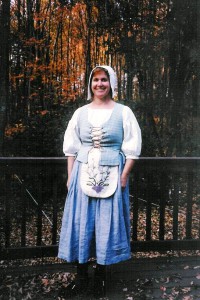 In the persona of a local historic woman, eighth graders at Auburn Middle School were invited to open the window on colonial Ward, Massachusetts (now Auburn).

In the classroom students were provided research materials such as maps, vital records, town histories and records to uncover evidence of other “spirits” of Auburn’s past.  These resources were provided by interested librarians and historical society members. Students worked cooperatively in “spirit family groups” to “flesh out” their characters. 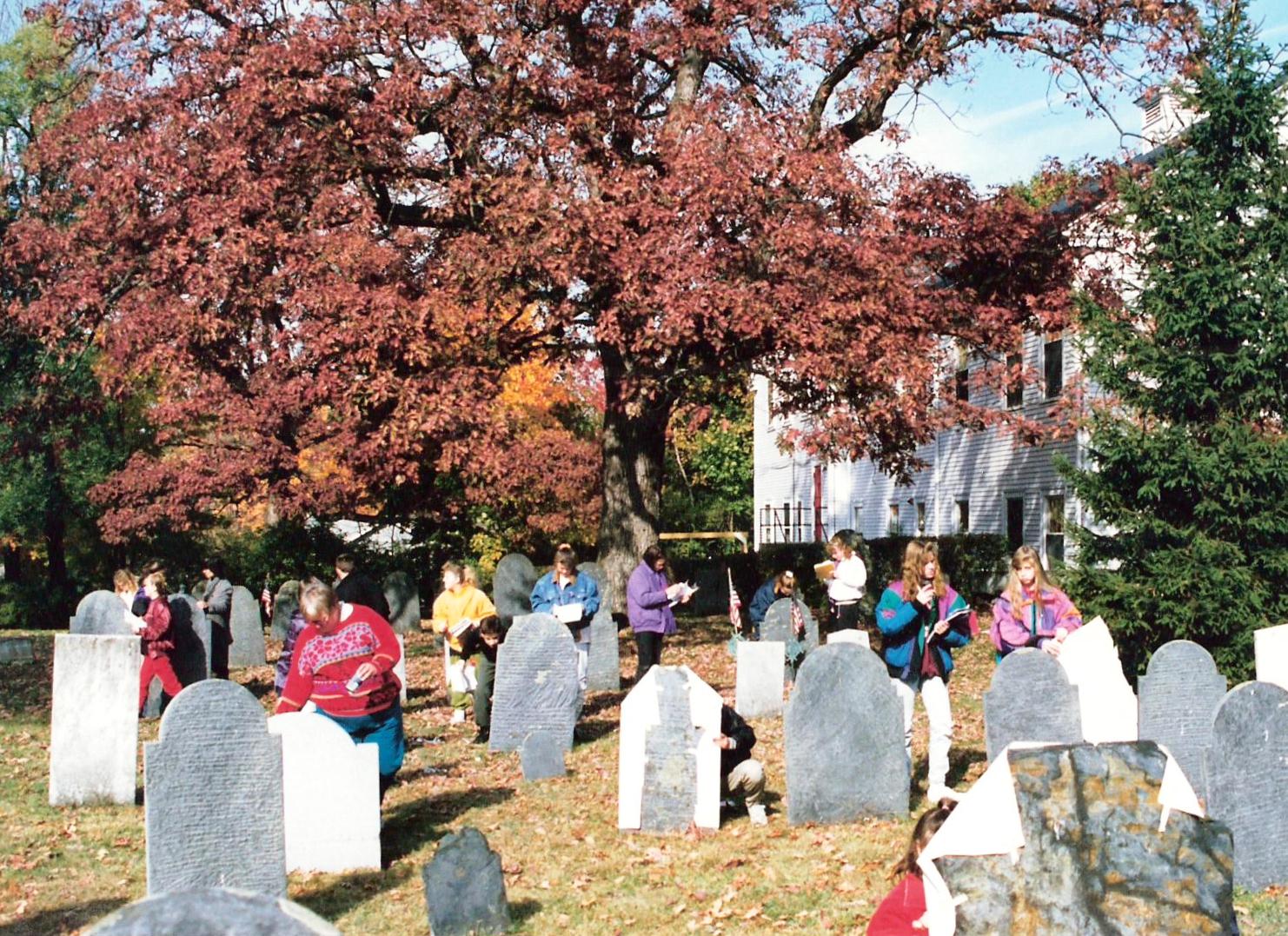 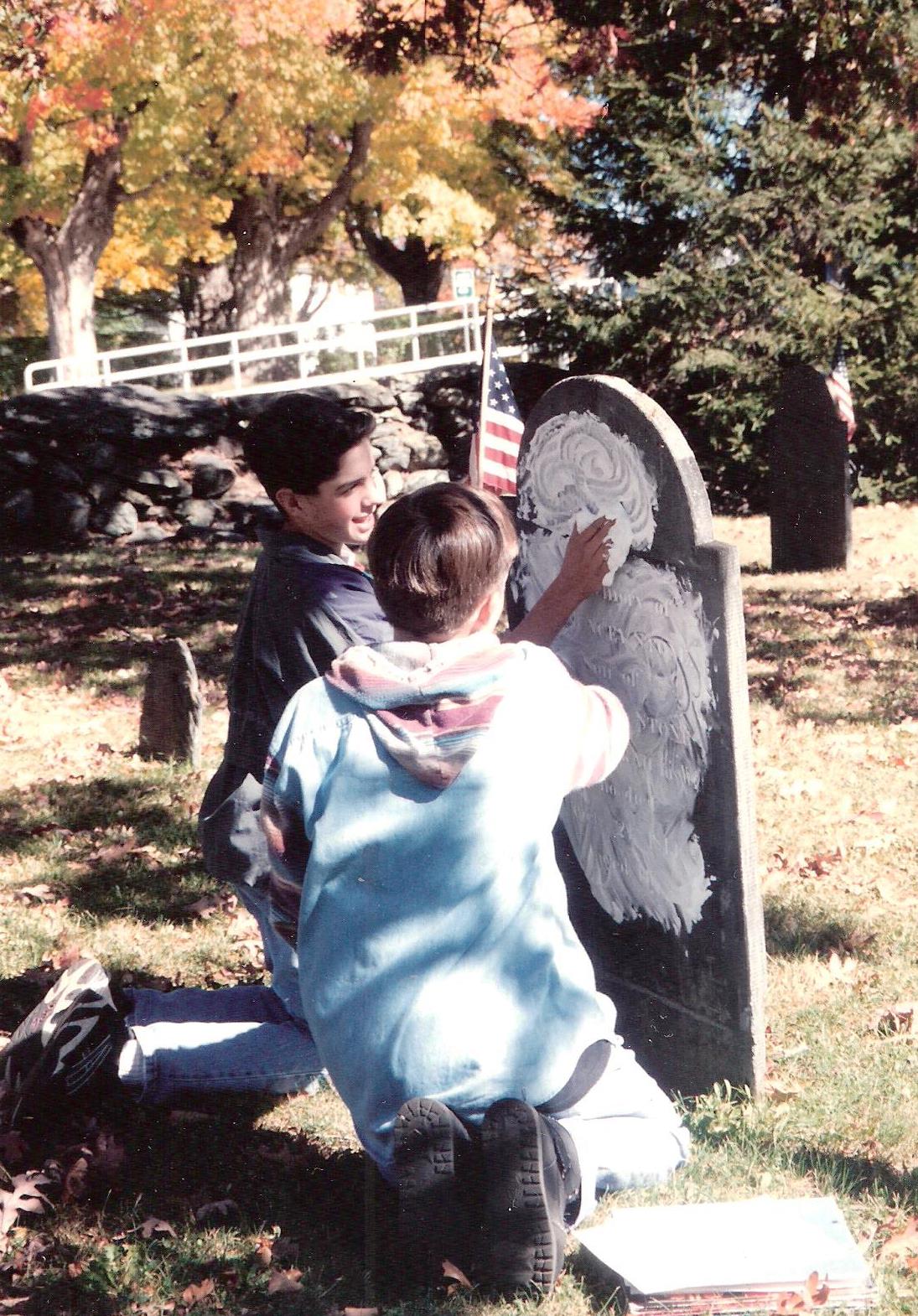 A field expedition to the Center Burying Ground across from historic Drury’s Tavern completed their research. There, they met with the town historian and genealogist Kay Sheldon and found their “spirit’s” headstone and those of the family buried nearby to compare their evidence found to date. Shaving cream was used to highlight engravings. 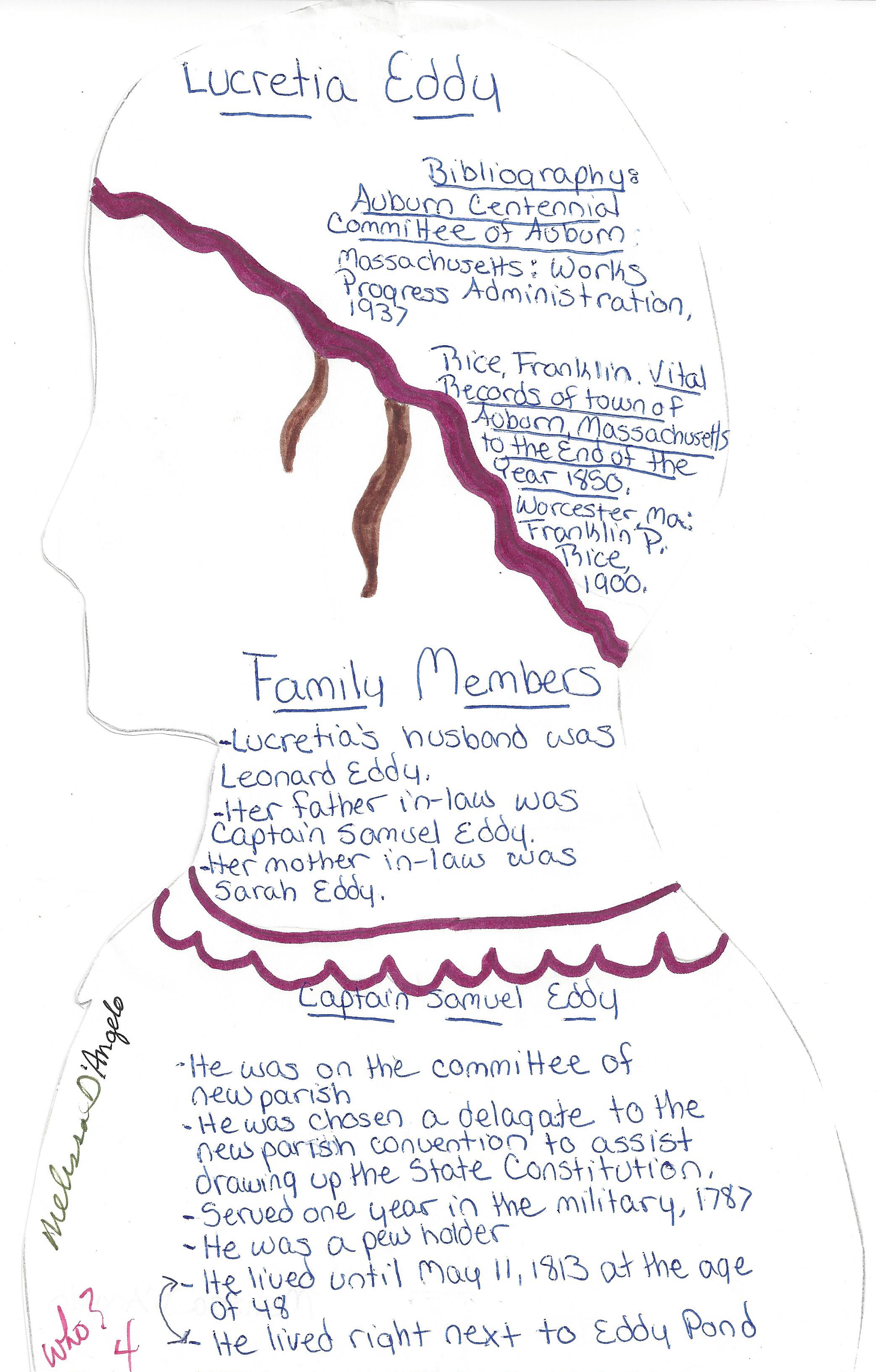 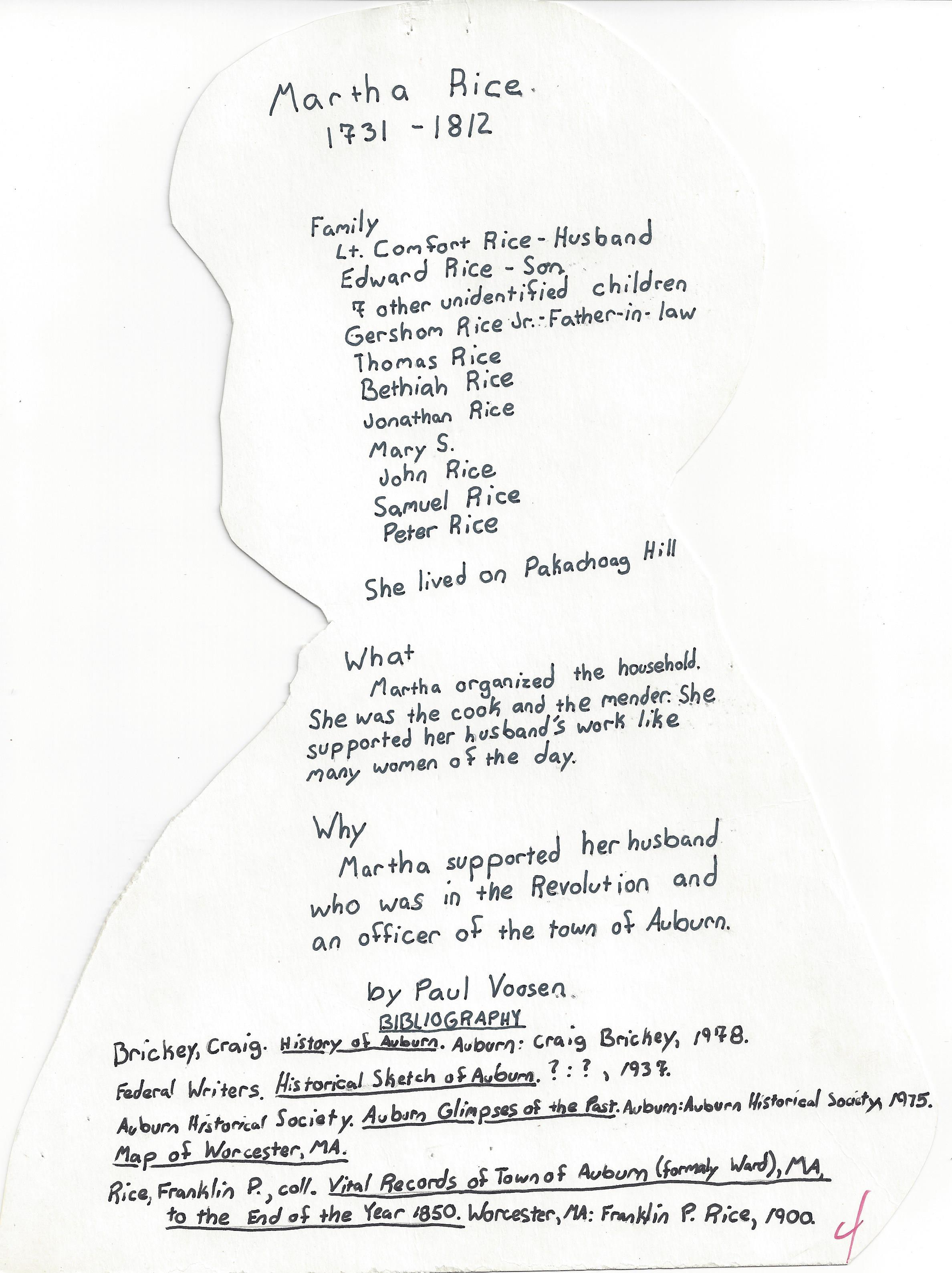 As an interdisciplinary experience, English classes studied epitaphs, Science classes discussed the headstone materials and effects of acid rain and lichen over 200 years and Math classes measured headstones and plotted headstones in the cemetery. 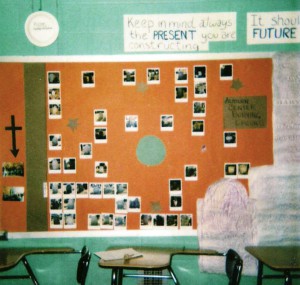 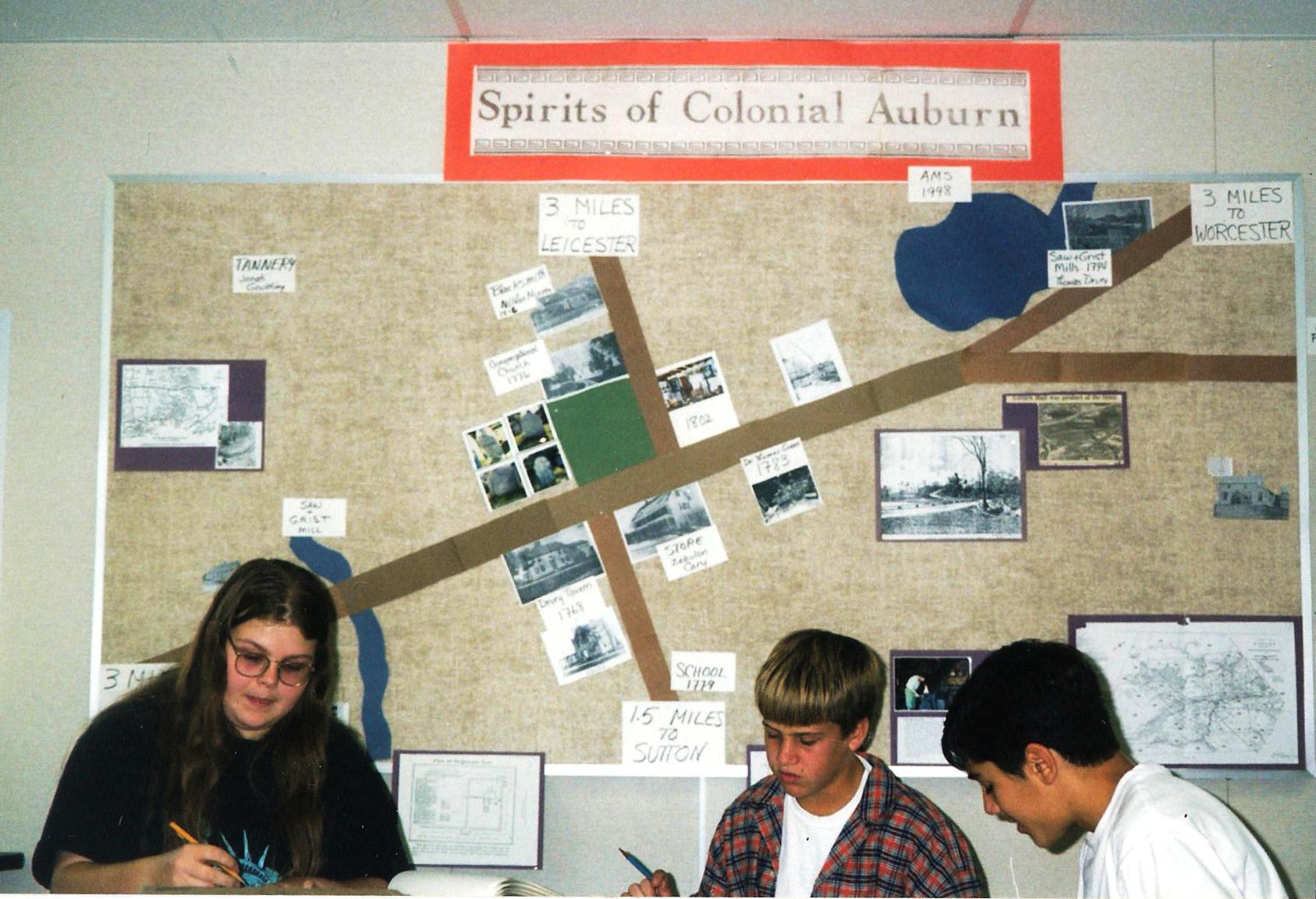 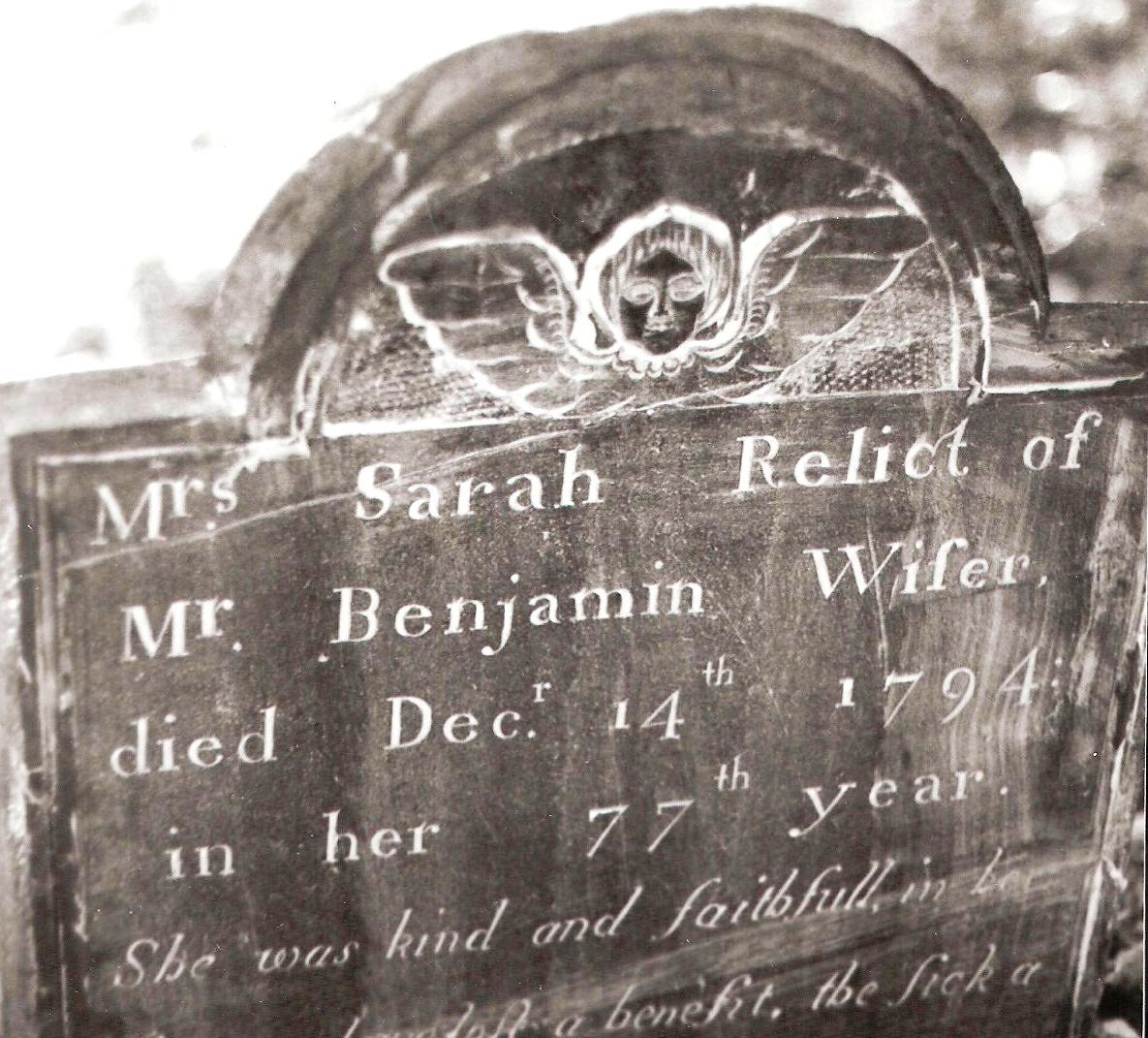 The culminating activity was coming dressed in costume as their “spirit” to the classroom version of Drury’s Tavern to introduce themselves to other town “spirits” over corn bread and apple cider.  Students were armed with an 8 x 11 silhouette listing the basic information the had found with source citations.  The teacher, as Experience Drury, welcomed the colonial spirits with a brief discussion about her business and then served corn bread and apple cider while evaluating and encouraging each student’s understanding of their “spirit”.  That night’s homework  was to write a diary entry of the day’s visit with six other colonial spirits.  The silhouettes created a wonderful bulletin board to share discoveries with their school. 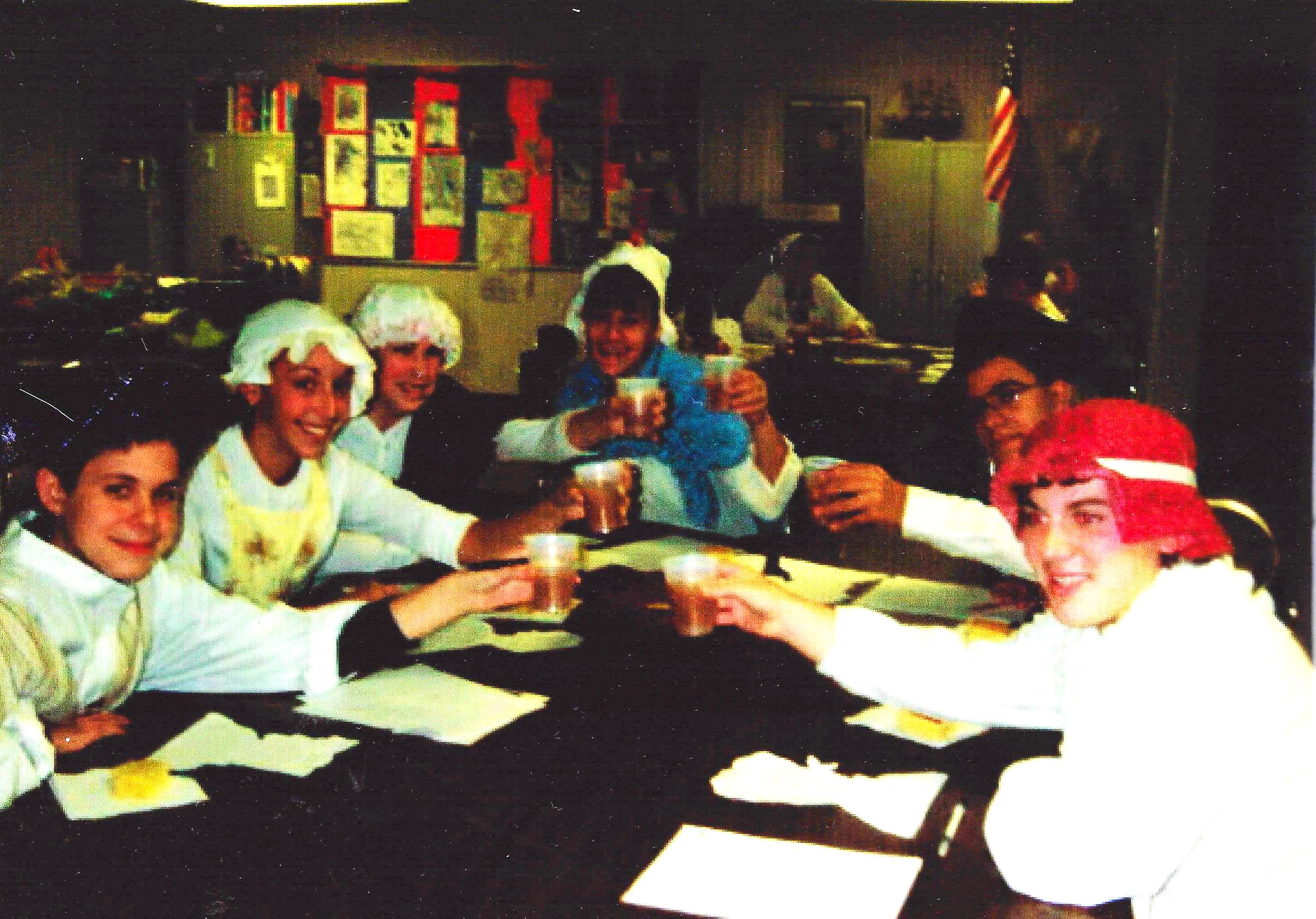 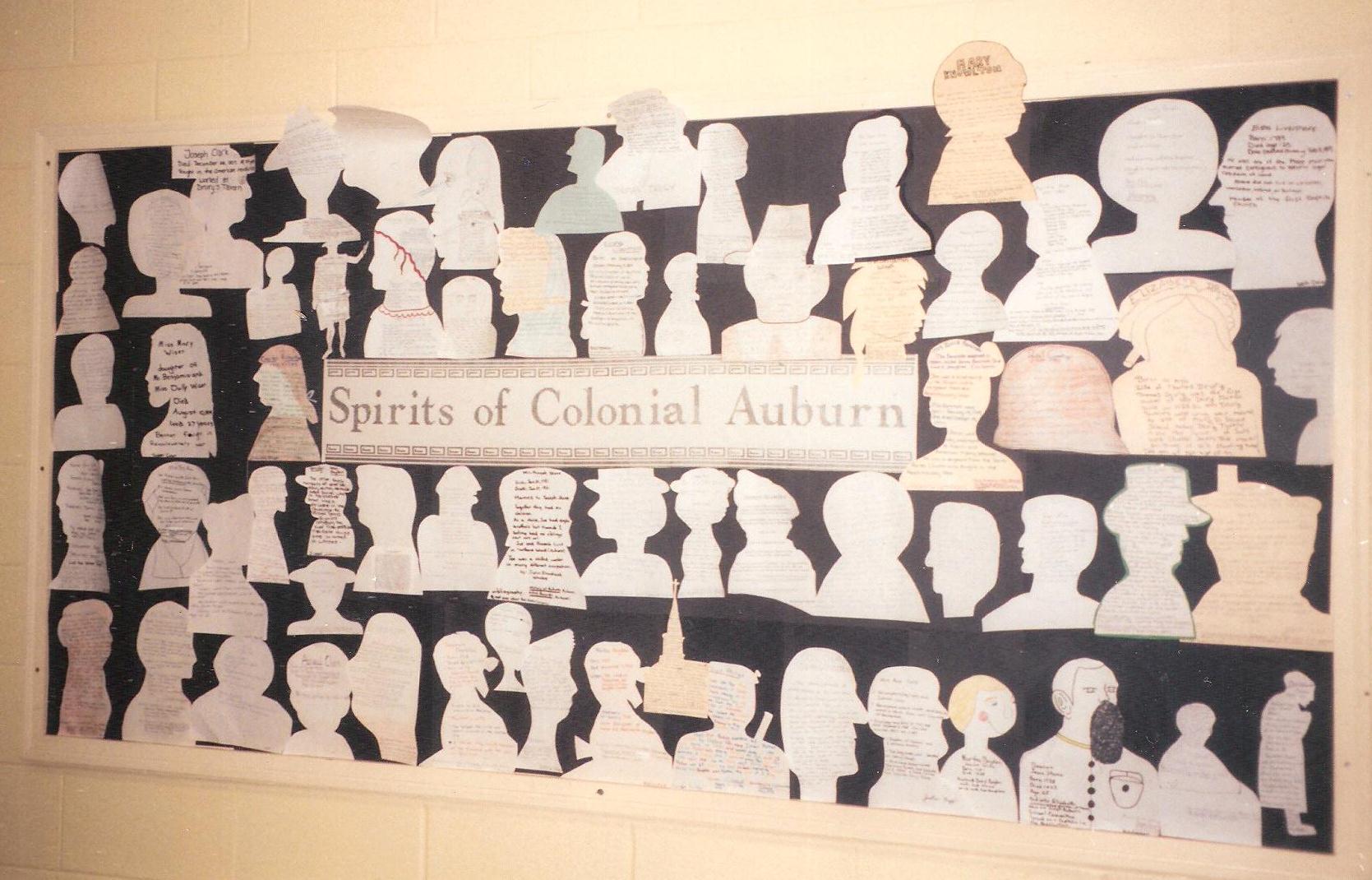 One year, students were so enthusiastic that they asked if they could visit the town’s elementary schools to introduce their “spirits” and give a brief tale of their colonial town.  It was a huge success because they presented in small groups so that even the shyest student was able to speak before a group.  They had become historical interpreters! 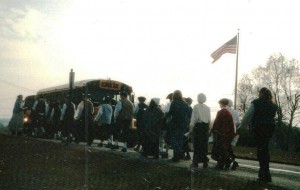 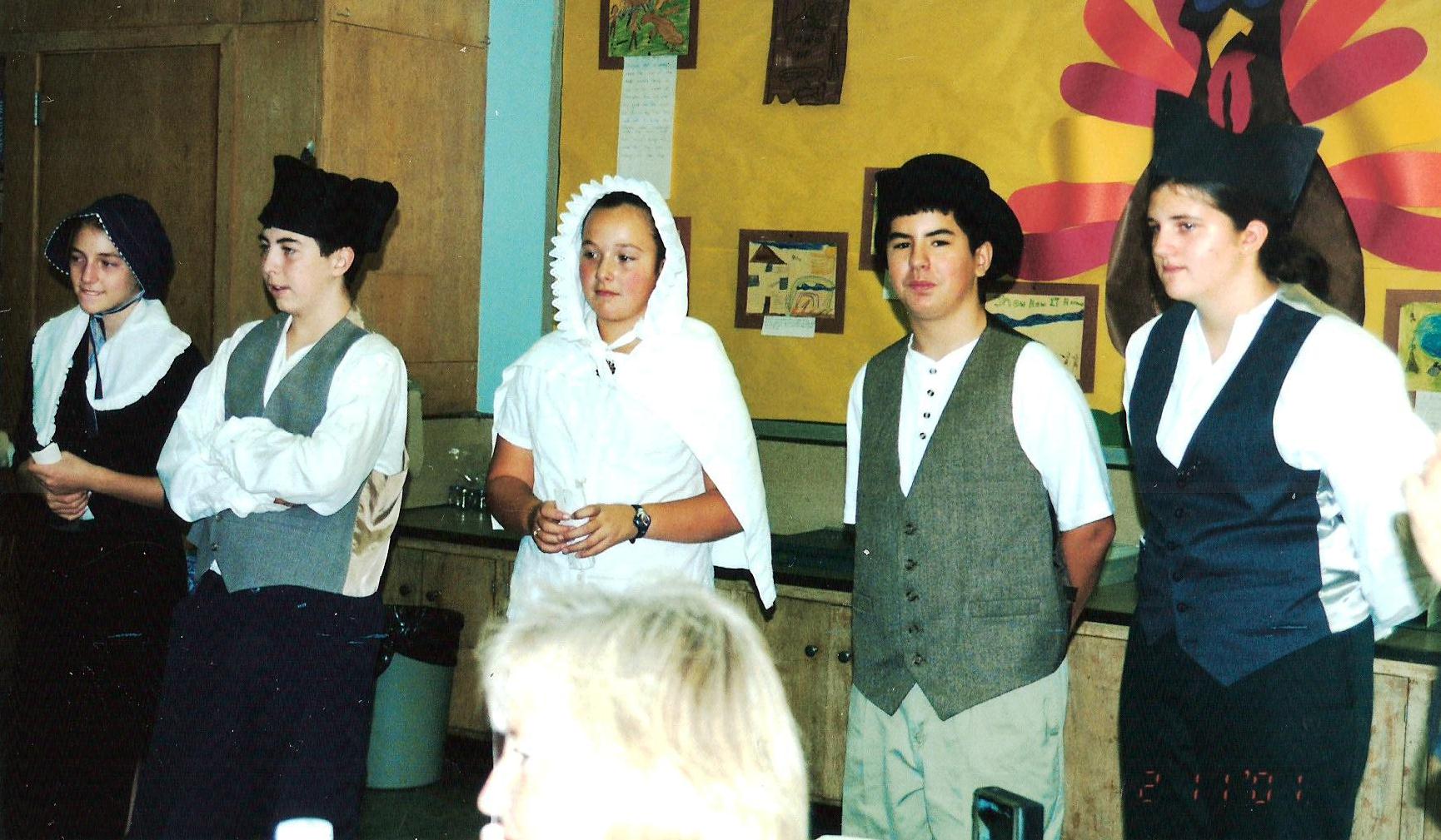