Warning: session_cache_limiter(): Cannot change cache limiter when session is active in /home/public/site/wp-content/plugins/cforms2/cforms.php on line 83
 Worcester, MA Women | Window On Your Past

Beyond the ladies listed under Historic Reenactment, many Worcester women have been lost– especially if no one notes their passing.  This body of names was collected as part of the Worcester Women’s History Project search for women who made a difference in their community and is by no means complete.  Much more research is needed!

Obituaries celebrate the lives of women.  This emphasizes the importance of sharing one’s own life with family members as a model for future generations. 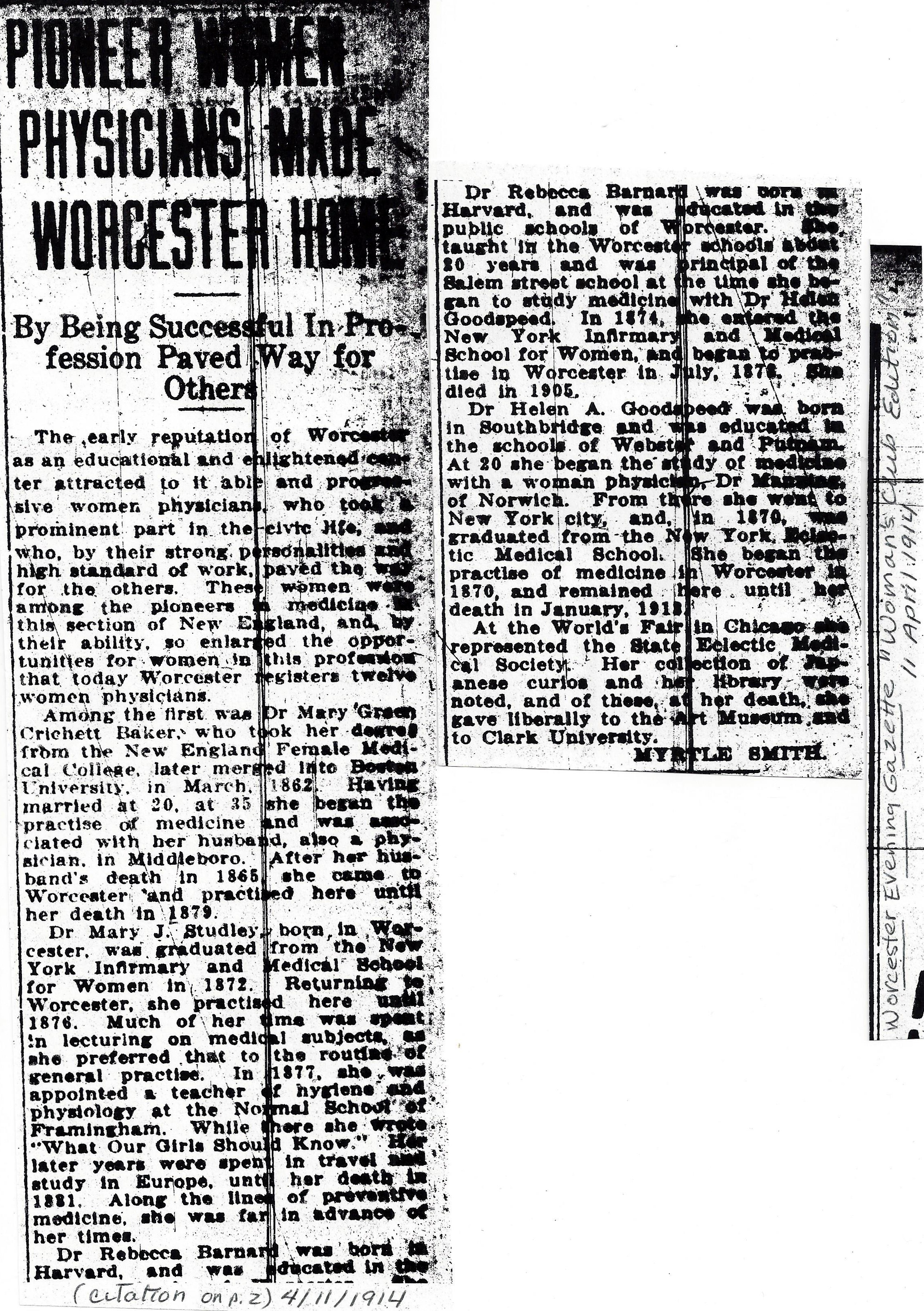 When you let others know you are looking for Worcester women of the past, friends become aware of the wide reach of women in their communities and others like Elvira M. Peck Goodwin (1832-1917) – hotel co-owner and manager, prosperous builder’s wife deeded extensive lands and park to Town of Falmouth, MA.

Newpapers are wonderful at keeping the past alive by celebrating the movers and shakers in the community such as Mary Alice Morse Earle (1851-1911) – wrote about America’s colonial history.

Laura E. Kingston (1879- ) – Worcester architect. The article shown here is incorrect in describing Laura’s father at John P. Kingston.  John is Laura’s uncle.  Her father is George Kingston.  Laura is listed in Worcester City Directories from 1899 to the 1920s as a draughtsman.  John P. Kingston designs. 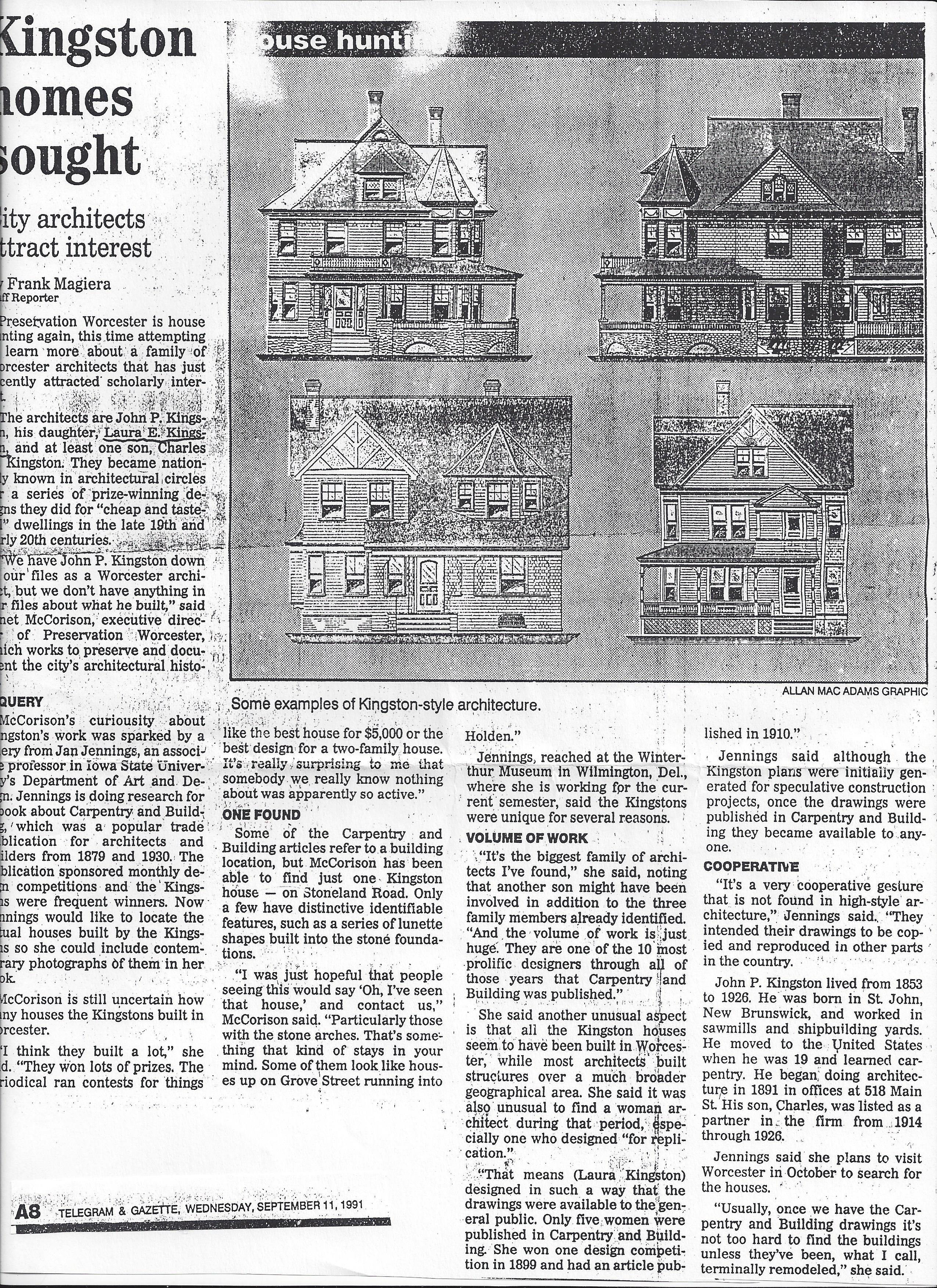 Margaret Morse Nice (1883-1974) – naturalist and author; lives on Maywood and May Street in Worcester, MA.

Every portrait hanging on a wall, whether in a public or private space, had a story behind it.  So often we take a quick glance before moving on with our busy lives, but then we miss the rich story behind the person like  Sara Ella Wilson (7 April 1874-11 November 1955) – teacher; active in social and civic organizations; her portrait hangs in library of Belmont Street School